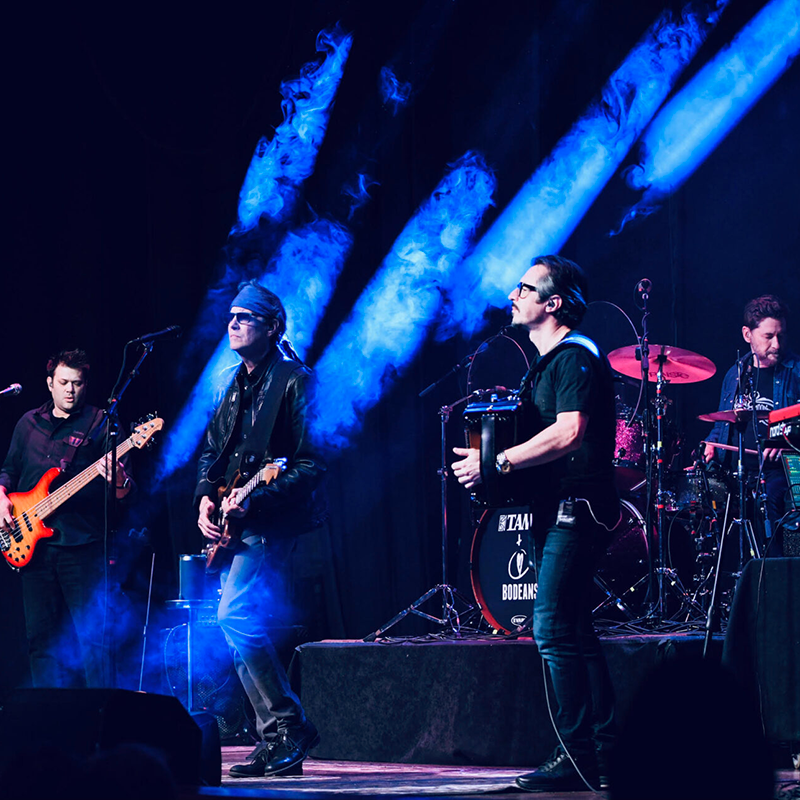 *Children 2 and under are free with a paid adult.*

Long known as one of the best live acts in the business, BoDeans continue to tour year round and continue to deliver amazing, high energy, performances.
Chart topping songs like “Fadeaway,” “Only Love,” and “Dreams” won them Rolling Stone‘s readers poll for “Best New American Band” in 1987, and they were part of a small contingent of bands that inspired a new radio format known as Adult Alternative, Album Rock-Triple A. Their reputation for delivering a dynamic live show garnered support slots with U2, Bob Dylan, Paul Simon, Tom Petty, George Thorogood, The Pretenders, David Bowie, and Chris Isaak.
The BoDeans signed their First recording contract with Slash/Warner Brothers Records in 1985 and their First record, Love & Hope & Sex & Dreams was released May, 1986. In the 36 years that followed, BoDeans have released 13 studio albums with ten records that hit the Billboard Top 200 Chart, and numerous singles on the Mainstream Rock, Top 40 and Triple A radio charts. BoDeans 14th studio album, 4 the Last Time will be released this June and the band intends to tour extensively in support of its release.
BoDeans now reside in a small group of bands that have managed to survive the ups and downs of the industry, remaining true to their sound and their style, for over 35 years.

BoDeans is the third show in a new joint music series, LIVE at Utepils, which offers live music fans an amazing outdoor concert experience, nestled on the banks of Bassett Creek right between Downtown Minneapolis and Theodore Wirth Parkway.